A Beginner’s Guide to the Texas Legislative Session 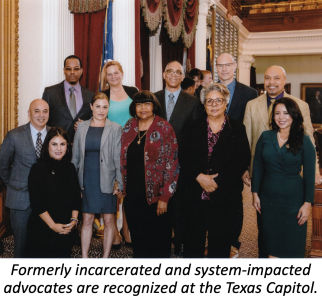 No matter how many times you walk into the Texas Capitol, you never lose the feeling of awe at being in such a beautiful and historic place.

Before I joined the TCJC team, I had visited the Capitol a few times. But during Second Chance Month (April) 2019, I walked through the doors with a new sense of belonging. I was there alongside my coworkers, colleagues, and friends to watch from the gallery as a group of formerly incarcerated advocates received special recognition for their work.

The group being celebrated by Rep. Alma Allen included TCJC Senior Policy Analyst Doug Smith and other members of TCJC’s extended family. The recognition they received for their significant achievements and contributions was powerful.

Since that first day, I’ve been able to visit the Capitol again. But even after repeat visits, it took me a while to fully understand how the legislature functions. I still consider myself a beginner—but here’s what I’ve learned so far!

How does the Texas legislature actually work? Unlike most other state legislative bodies, the Texas legislature only meets for 140 days every other year. There is also the possibility of a special session being called—like the one lawmakers are expecting will be called to tackle redistricting later this year. Special sessions are called by the Governor, and they last 30 days.

The legislature officially kicks off on the second Tuesday of every odd-numbered year. This year, which is Texas’ 87th State Session, the legislature’s first meeting was on January 12, 2021 (you might have seen an email from our Executive Director, Leah, on that day). But legislators actually begin filing bills far in advance. The pre-filing period begins 60 days before the start of session, which is why you may have seen headlines about bills filed as early as November 2020.

Two other important dates for this session are March 12, the last day to file bills (which is the 60th day of the session), and May 31, the final day that the legislature will meet, when it will adjourn “sine die.”

Once a bill is passed, the Governor has 10 days to either sign it into law or reject it with a veto; if he doesn’t sign or veto, the bill becomes law. For bills passed in the last 10 days of the session, the Governor has a 20-day veto period. And if the Governor does veto a bill at any point, the legislature has the ability to override that veto if two-thirds of the members of each house vote to do so.

Each of the two legislative houses has a leader. The Lieutenant Governor—who is elected by voters every 4 years—presides over the Senate, while the House selects a Speaker each session; this year, a large, bipartisan group chose Speaker Dade Phelan. Each of the two houses also has their own committees, which have chairs who manage them. For this session, the Senate has 18 committees and the House has 34, including all “select” or “special” committees that address timely issues.

But even with all of this information, there’s still a lingering question: how does a bill become a law? How do individuals, advocates, organizations, and lawmakers transform their ideas about how to improve our state into legislation?

After the bill is written, it’s filed by a Representative in the House or a Senator in the Senate; sometimes, similar or identical bills will be filed in both houses. For the following description, we’ll assume the bill in question was originally filed in the House. The bill is introduced with a first reading, then referred to the committee that handles related issues. The chair of that committee schedules it for a hearing—and they can refuse to hear the bill, if they want to. In the committee, the bill is analyzed, given a public hearing (which is when people can present testimony), debated and amended (if necessary), and passed on with a report if the majority of the committee’s members agree. 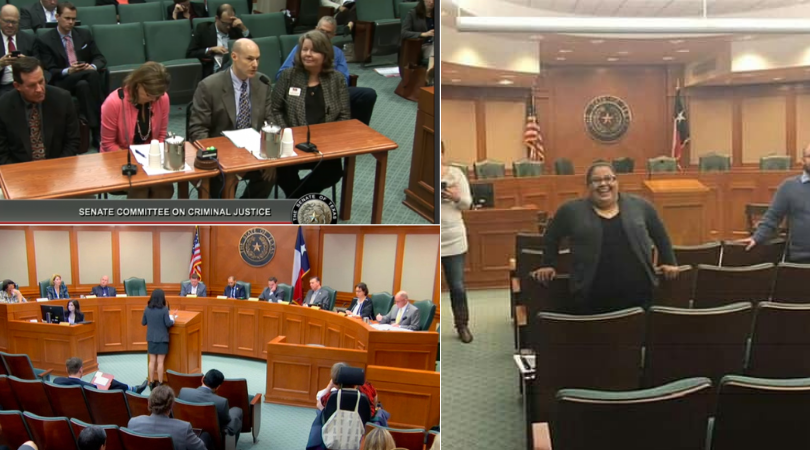 From the issue-specific committee, the bill goes to the Calendars Committee. With their approval, the bill is scheduled to be heard on the House floor, where there is a similar process to what happened in committee: it is given a second reading, it gets debated by all House members, it can be amended (requiring a majority vote), and then it receives a vote for passage. It has a third reading and is considered finally passed after a majority vote.

Once the bill passes through the House, it goes to the Senate, and much of the process repeats. The relevant Senate committee will receive the bill, hold public hearings, debate and amend it (if necessary), and then vote on whether to send it along to the full Senate. If two-thirds of the Senate vote to bring the bill to the floor, they will hold readings and votes as the House did.

After a bill has been reviewed by both houses, they have to come to an agreement on any differing amendments. If they disagree on amendments, the bill heads to the Conference Committee, where the amendments are resolved. Once the amendments are decided, the bill enters the enrollment period and is sent along to the Governor to sign, veto, or pass without signing.

Assuming the bill survives that process (last session, under 20% of the bills filed became law), it will go into effect 90 days after the Governor signs it, unless otherwise specified. Then, for any bill to be most effectively implemented, state or local dollars must be allocated to cover any costs.

Of course, some things have changed as all of our lives have been derailed by the COVID-19 pandemic. It’s likely that fewer bills will be heard in 2021, and it will be harder for many people to testify. For more details on what we know so far, check out TCJC’s COVID-19 page.

If you want to learn more about the legislative process, head over to the websites for Texas Legislature Online, the Texas House, and the Texas Senate. And stay tuned to TCJC’s email updates to track which justice-centric bills are moving and how you can get involved!

About the Author
Communications Manager
MKaigh@TexasCJE.org 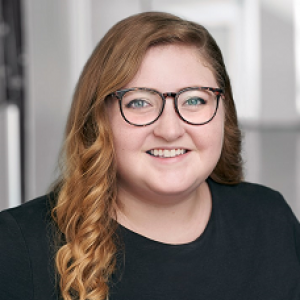 Madison Kaigh is Communications Manager at TCJE, having joined the organization in spring 2019. Her family history of justice system involvement and justice-related work have informed her passion for elevating unique voices and representing under-served communities. She uses storytelling to help TCJE and allies defeat stigmas and positively impact the narrative around system involvement. Madison received her Bachelor of Arts from Georgetown University, where she studied Government and English.