On any given day, more than 60% of the people held in county jails across Texas have not been convicted of the crime with which they’re charged. These 40,000 people are incarcerated, draining important county resources and watching their jobs, families, and quality of life crumble, simply for being unable to pay their bail amount.

“Innocent until proven guilty” is a foundational principle of American life – but for many Texans, if you’re too poor to afford bail, that principle doesn’t apply, and you’re left sitting in jail for days, weeks, or even months waiting for your day in court. You may feel dehumanized, becoming more vulnerable while incurring significant financial costs.

At the same time, Texas taxpayers are spending $2.5 million each day – or $900 million annually – to incarcerate people who are legally innocent.

Recently, bail reform legislation has begun to move quickly through the Texas legislature. While we’re excited to see movement on this critical issue, we urge caution against assumptions made and processes created by these bills.

We must focus on actual risk to the community

First, we must emphasize a truth about criminal justice that often goes unspoken: We can significantly reduce the number of people we incarcerate before trial within the existing justice system framework – we just have to shift our willingness to actually do it.  Most people being detained pretrial are not a danger to the community or a risk of fleeing the jurisdiction; they remain in jail because they cannot afford the bond amount. The vast majority of people who are arrested on a non-assaultive misdemeanor could simply receive a citation to appear in court rather than being arrested, or if booked into jail, could be quickly released with an assigned date to appear before the court. Thousands of people could be safely released immediately if we shifted our focus to risk rather than money.

Second, reducing the number of people held in jail shouldn’t come through the growth of other post-conviction systems. For example, expanding the ability of probation departments to supervise pretrial defendants with onerous conditions would create another layer of the justice system in which defendants commonly relinquish rights to a court-appointed attorney, sign an admission of guilt, and pay fees to participate in programs. Increasing the reach and purview of the criminal justice system through such supervisory programs often results in cherry-picking participants, increasing racial disparity, and failing to meaningfully reduce jail populations. Texas reforms should require the least restrictive release opportunities and, if necessary, allow an independent pretrial services program that presumes innocence and is narrowly tasked with aiding the appearance of the defendant.

We must account for racial disparities when making release decisions

We must also ensure that bail practices and opportunities for release result in more positive and equitable outcomes. We know that communities of color experience higher rates of contact with law enforcement, are given higher bail amounts, serve harsher sentences, and spend longer periods in jail and prison. This means that criminal history data among communities of color is tainted. We must acknowledge the individual and systemic racial bias that is baked into the system. Exclusive reliance on historic criminal justice data, and the risk assessment instruments that rely on that data, would only further perpetuate these unchecked biases, negatively influencing judges’ release decisions.

As our Harris and Dallas County Data Dashboards show, bail is already distributed unevenly across racial groups. Take the example below, where the average bail for Black men arrested for theft in Harris County is nearly double that of white men arrested for the same crime in the same time period. 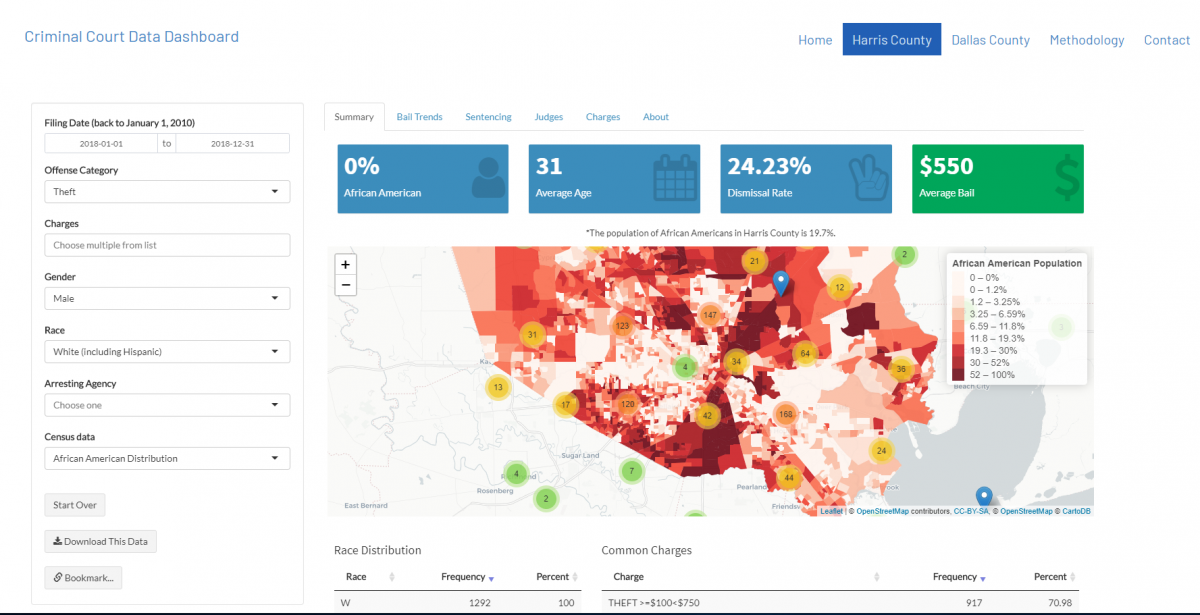 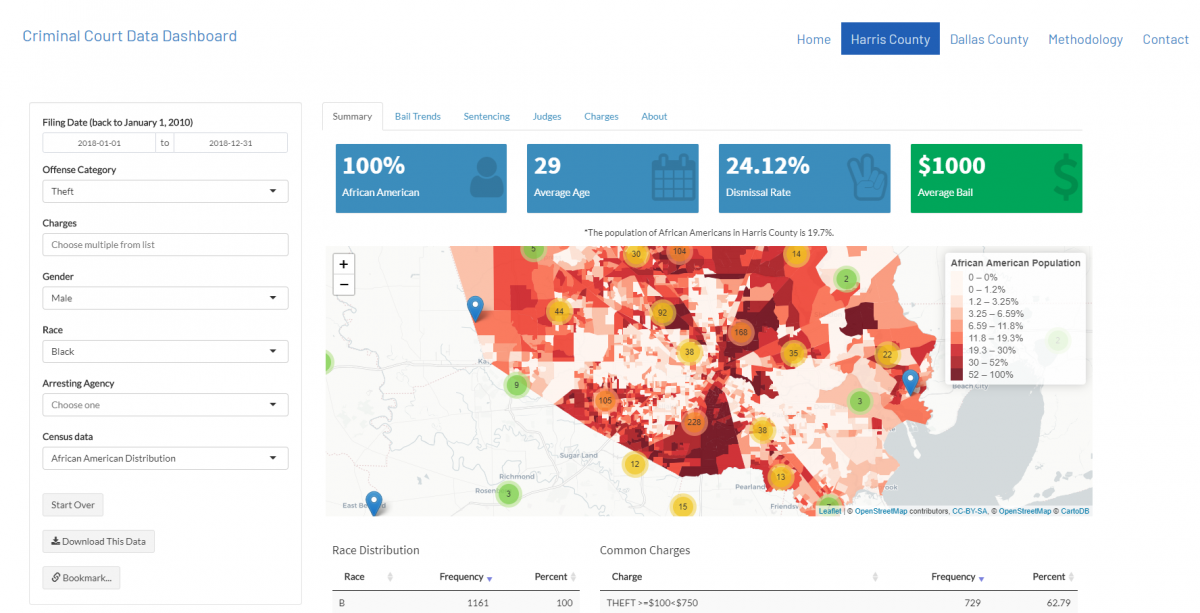 Ultimately, meaningful bail reform must focus on using best practices to safely divert people away from the criminal justice system until their day in court, while identifying and mitigating risk for the few who pose a true danger to the community. Principles for successful bail reform must be rooted in an honest look at whether we want our bail decisions to be driven by fear, politics, and money, or informed by what actually makes communities safer and healthier.